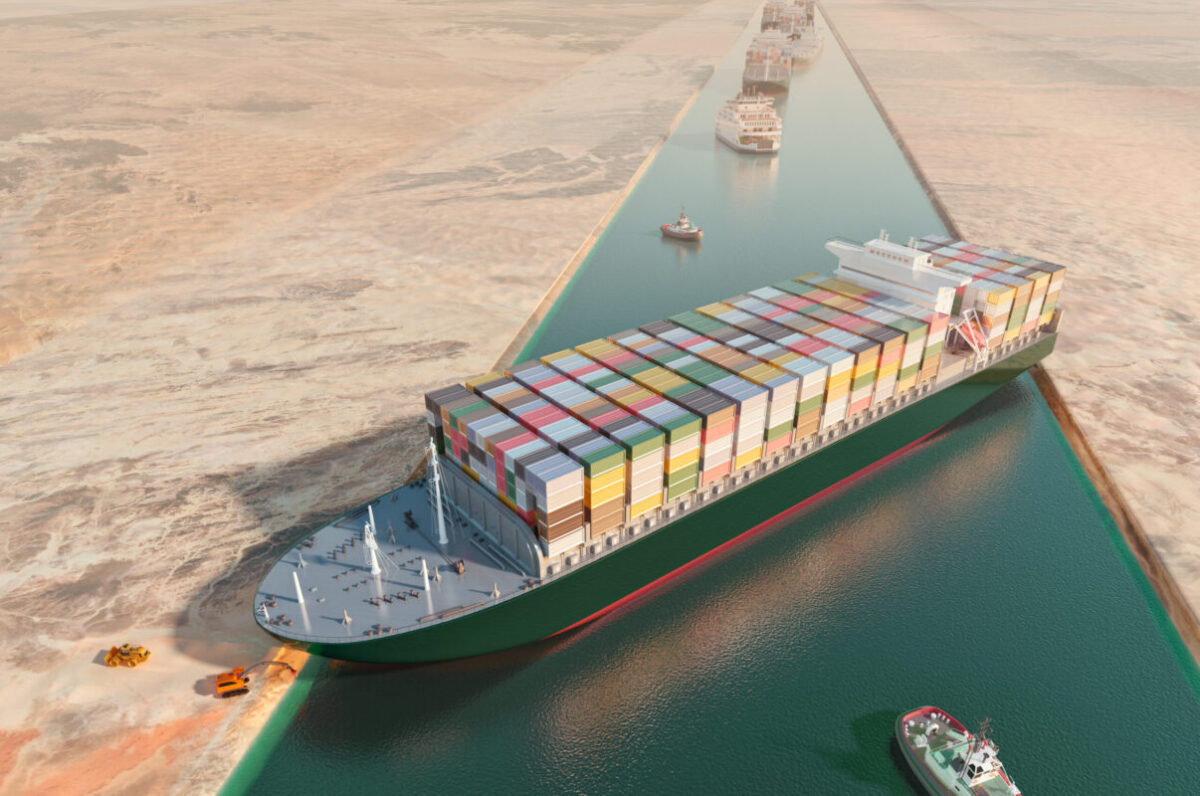 #SuezBlocked and the case for re-imagining supply chains

Unless you’ve been living under a rock for the last couple of days you will have heard that someone miss-parked a vessel in the Suez canal last week. While the vessel carrying some 18,300 containers is now re-floated, there are currently north of 369 ships waiting to go through the channel. This $400musd per hour parking fine to the world economy, combined with global port congestion and, you know, all of 2020, ought to be a wake-up call for anyone looking to re-imagine their supply chain.

The fundamental problem is that for the last 108 years, supply chains have been built around assembly lines at centralized mass manufacturing facilities. The Tesla Gigafactory of today is essentially the culmination of Henry Ford’s 1913 assembly line vision. It’s fast, it’s efficient, it’s cost-effective. It’s also got some issues.

Whether you are in retail or manufacturing, centralized production means that your challenge, simply put, is to predict how much stuff you will need, where and when you will need it, and then figure out how to best get it to your destination.

If you ignore the social and environmental costs, it’s a pretty good system: despite ongoing ripple effects and crazed throngs of toilet paper hoarders mobbing the stores last year, Covid 19 has not caused the major upsets in at least basic needs first feared, with a reasonably seamless switch to online order and delivery for those looking – and able to afford – to stay away from people.

Where things have been breaking down, however, is when it comes to deploying new solutions or dealing with major surges in demand such as for PPE, swabs or other medical equipment. Henry Ford’s assembly line just doesn’t turn on a dime and doesn’t like to commit to production if demand is uncertain.

Our current supply chains are great at optimizing once committed, but in order to cut costs, we are trying to fit bigger and bigger cargo vessels into ports and passages that just aren’t keeping up with the tonnage. And while “the boat got stuck” is easy to understand, some of the other aspects wrecking the global supply chain, social structure and planet are a bit less obvious.

It comes down to numbers: At the core of the centralized assembly line is an effort to build a magical crystal ball, conjuring terms like process optimization, planned obsolescence, predictive maintenance and just in time inventory to try to get better at predicting supply chain needs. The better we are at predicting, the less waste, cost and time.

But here’s the thing: If a seven-day forecast can only accurately predict the weather about 80 percent of the time, how are we going to predict supply chain requirements months or even years into the future?

What we can do is re-imagine the supply chain.

The big difference between now and a century ago is that robots are better, faster and cheaper and improving every day. They can also talk to each other over the internet. This is important because a production robot can be programmed to do tasks it’s never done before with impeccable accuracy. A well-maintained 3D printer or milling machine will happily spit out a range of different parts, as long as they are made of the same materials.

In other words, it’s increasingly possible to create assembly lines that make a range of things on demand.

Imagine a digital supply chain in which local and regional on-demand manufacturers are configured to respond near instantaneously to user needs as they arise. This has already happened in the entertainment industries, where the likes of BlockBusters and TowerRecords have been supplanted by the Netflixes, Youtubes and Patreons of this world. Control of inventory shelf space is no longer the defining feature of their supply chains. Users are.

For better or for worse, I’ve spent the last 10 years of my life on digital distribution. It’s involved crawling through engine rooms off the coast of Singapore, visiting mines in South Africa, factories in Japan and construction sites in Europe. We’ve trawled through millions of SKU’s, chased thousands of parts through their entire life cycles and met with people in all facets of the supply chain.

And we are starting to see a shift. In January of last year, our company Ivaldi Group together with our colleagues at Wilhelmsen and Berge Bulk printed and delivered the first commercial order for a part on-demand. We subsequently delivered hundreds of parts before COVID hit and when it did we transitioned seamlessly along with the rest of the additive manufacturing community to printing PPE supplies for local clinics and hospitals, and then back again when this was no longer necessary. Expanding beyond our partnership with Wilhelmsen, Ivaldi is now also rolling out parts-on-demand initiatives to other industries in Asia, Europe, the Americas and Africa.

We started with spare parts – simple plastic and metal components, but are now also expanding into certified safety critical equipment and multi-material parts. We’ve learnt that it’s not enough to just know what can be taken digital, but in fact crucial to be able to also know what should be taken digital from a time, cost and environmental perspective.

After all, costs and conditions change and you never know when someone might wrongly park their vessel. We realized this was hard, so we’ve built analytics software to make it easier. Consequently, it is now increasingly possible to go digital and local at the same time.

What has been our driving force at Ivaldi, is to help the global supply chain send files, rather than parts. Traditional supply chains are simply not robust, predictive or flexible enough to deal with ever-changing conditions on the ground. So let’s re-imagine the supply chain: Digital inventory paired with local on-demand manufacturing enables not only faster delivery times and lower costs, but also a lower environmental footprint and valuable jobs in the host communities.

I believe we are only seeing the very early stages of this, and that we are rapidly approaching a tipping point. A tipping point in which supply chains are organized less around predictive supply and more around locally responsive demand.