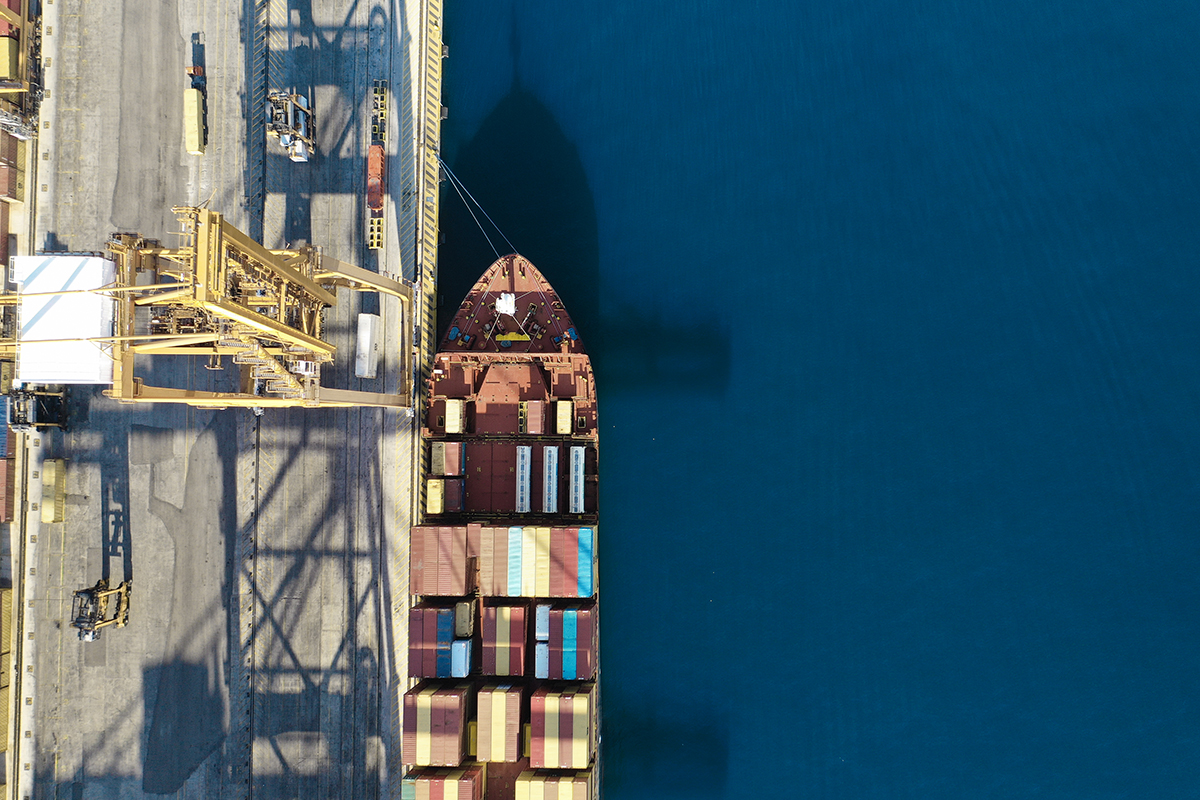 Live from The Sea with Arno  Tourè.

“Forty years later, the problem remains unchanged. The lack of spare parts still nails thousands of ships to the port every day and leads to many significant downtime costs for shipping companies.” – Gregory Vernitsky.

We offer Parts Replacement as a Service (PRaaS), delivering secure, scalable and cost-effective digitized inventory and on-site production solutions. Working with leading partners across maritime, offshore and the construction industries, the Ivaldi PRaaS Solution reduces inventory, warehousing needs, delivery times and cost of logistics by allowing organizations to send files, not parts, thanks to additive manufacturing and other digital manufacturing technologies.

The “Live from the Sea” series is a monthly feature of a part delivered to one of our end-users. One of our team members will be writing an article after visiting a vessel, whom we delivered a part to. This is an opportunity to share about the amazing work we get to do everyday with our customers!

Vessel visits are a key component for us to understand our users’ needs and see, first hand, how our service can be of help to the crews. The visits themselves, which you will read about in this series, is one of the most critical and challenging tasks our team has to perform weekly.

Gregory spoke about his first ship visit, forty-four years ago, paralleling with his last visit two years ago. He remembers both of them very vividly. The first time he stepped onto the deck of such an imposing ship, he was a recently graduated young engineer full of ambition, eyes filled with dreams.

It was a very cold and windy day, and the task he had to perform was most perilous. He had to sketch a bracket at the top of the mast to install red and green convention lights!

A sailor got up and ran a rope through the pulley on top of the mast. One end was tightened to the back of his belt, the sailor held the other end. Gregory says, “I got up, took my tape measure, pen, and notebook, and quickly discovered that I have no space to place them, must hold on to the mast, and have only two hands.” Sketching was slow, as he had to secure each of these items while using others.

As the day slowly declined, it was getting darker and darker. The swell was rocking the ship side to side, and his position on that mast became precarious. For his safety, he decided that it was time to go down.

Unfortunately, the sailor who had first tied him up to the rope went away to drink some tea and tightened their end of the rope, so he would not fall. “I could not untie this rope with one hand. I was yelling but to no avail. Finally, they came and with many apologies let me leave my nest,” says Gregory.

Nevertheless, he had the time to carry out his mission, and he had his final sketch in hand. The ship was pre-WWII, one of the last lacking these lights. “I still remember, one hole had large fillet, and I had to make a paper template to measure it,” says Gregory.

Forty years later, the problem remains unchanged. The lack of spare parts still nails thousands of ships to the port every day and leads to many significant downtime costs for shipping companies. Nevertheless, even if the problem is still present, new innovative solutions have emerged, thanks to new technologies. Solutions like Ivaldi’s Part Replacement as a Service (PRaaS), reducing inventory needs to 0 and drastically bringing down inventory, transport, and downtime costs for heavy industries.

To improve its products and client satisfaction, Ivaldi is regularly sending teams on ship visits. Of course, it’s a lot less painful than it was 40 years ago! We have phones and cameras now; some measurements can be done with scanners, but the fundamentals are the same. We need a tool belt. We have to secure ourselves. We need to think in advance – there will be no second chance if we miss a single important dimension when measuring a part that needs replacement.

During Gregory’s last ship visit on behalf of Ivaldi, he and the team were looking for parts to sketch, design, print and replace. “Everybody on a ship is busy, helpful, and curious at the same time. Smells, stairs, and doors were exactly like in my memories. I felt like at home,” says Gregory, with a voice full of emotion.

They found a small and complicated knob missing on a bridge navigation equipment switchboard. There are a lot of controls on switchboard, and getting spare parts is tricky if the ship is old. Some are used often, others rarely. Most of the switches can be substituted with a screwdriver or other tools directly on board. It is convenient to use at-hands tools, but in case of emergency, it is dangerous (sometimes deadly). This part was small, with high tolerances, and with no immediately obvious features. Gregory would not have been able to make this part if he had not measured and represented all surrounding components during the ship visit. 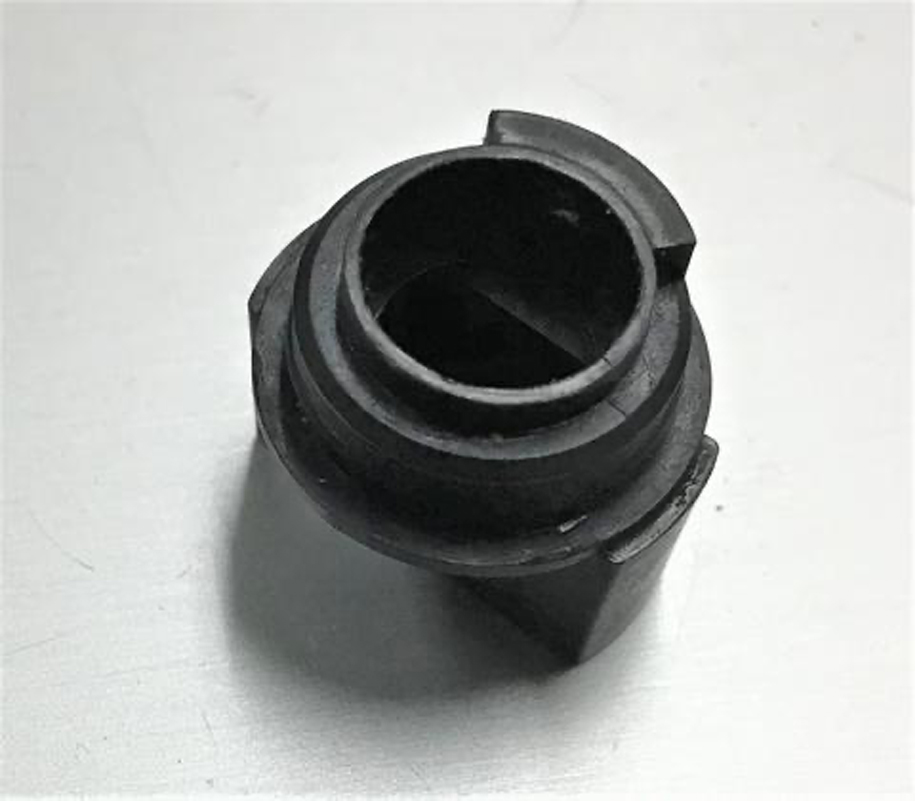 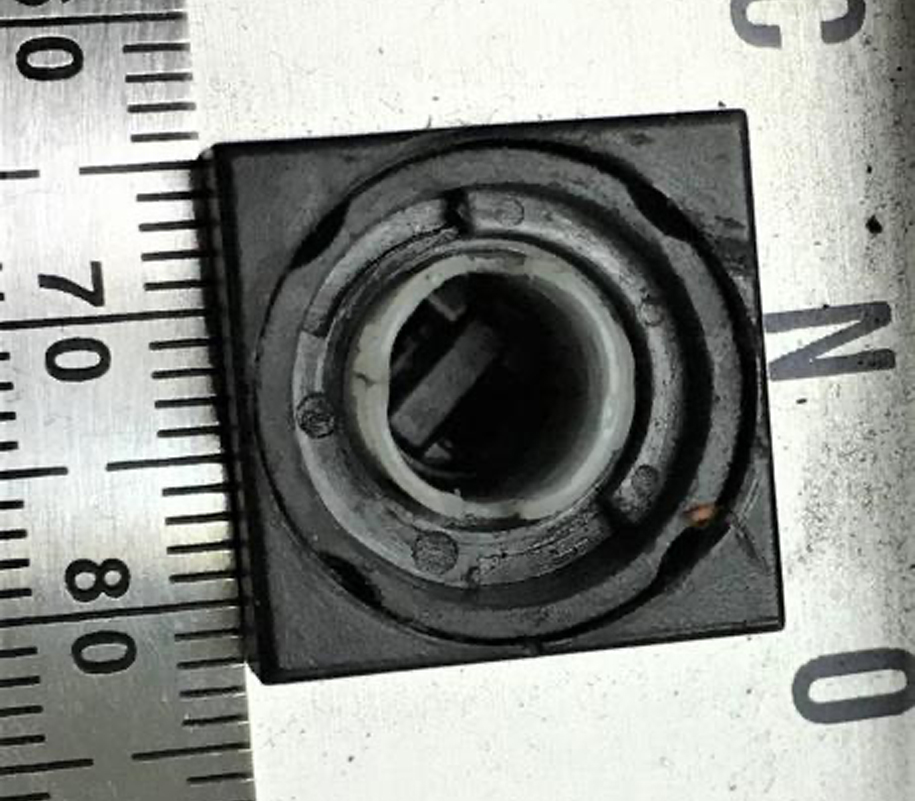 The ability to predict what to notice and how things will be designed and manufactured need to be nurtured. It will improve over time. Ship visits are important, not only for immediate needs, but they are invaluable training tools. 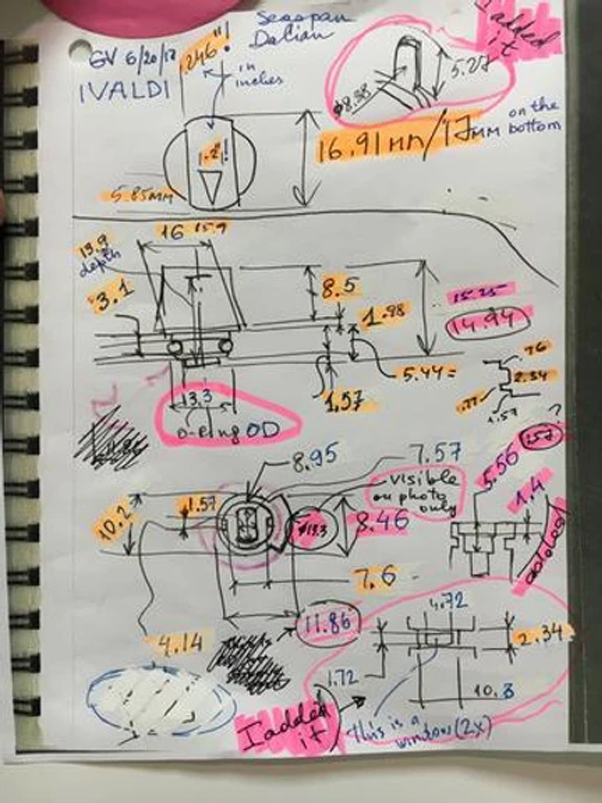 Sketch made by Gregory during his ship visit for Ivaldi.

Forty years ago, we were replacing metal and plastic parts we couldn’t find. Caps and plugs got lost or stolen. Knobs and buttons broke. Original bearings and bellows were way too expensive. Pumps and their impellers were obsolete long ago. These are still many familiar problems in the merchant marine.

Ivaldi is working hard to conceive practical, economical, and environmentally-safe solutions to these recurring problems. With digitization, the problems of inventory and transportation of spare parts through the supply chain are gradually disappearing, clearing the horizon for more efficient and profitable industries.